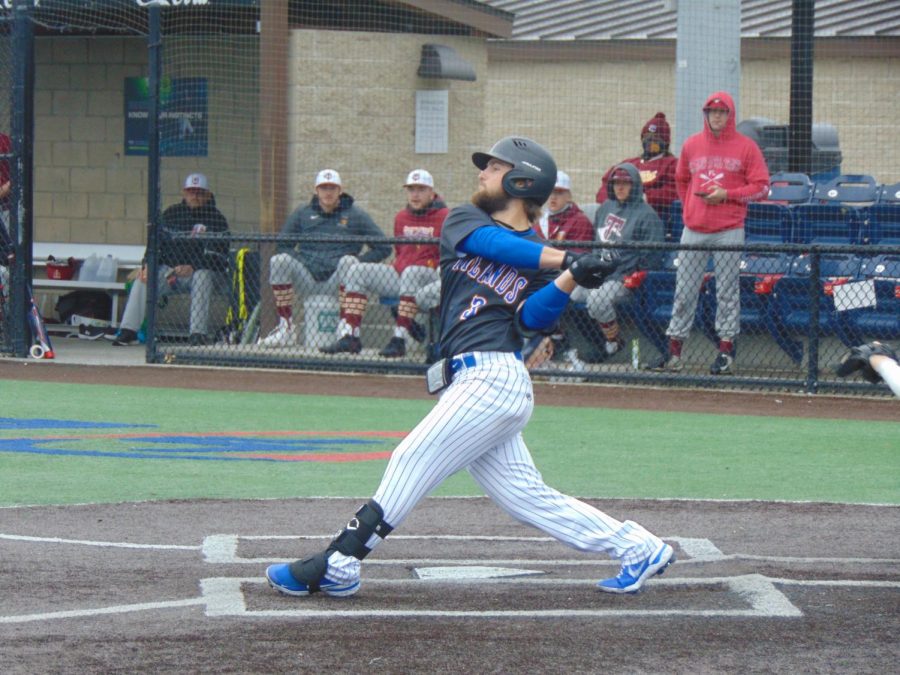 Palmer Sapp bats against the Triton College Trojans at Lake Point Center in Emerson, GA in the March 2 game.

It has been a record-breaking season for the GHC baseball team and Head Coach Dash O’Neill. As of April 17, the Chargers had a 36-6 record, the best record through their first 42 games in program history. 25 of those wins came at home while the other seven came on the road.

Though the Chargers were ranked nationally earlier in the season, as of April 17, they are no longer nationally ranked. But they are right on the outside looking in. They had the second most receiving votes of a team that did not get into the top 20.
O’Neill said, “As far as getting higher ranks and staying ranked, we have to make some noise in the postseason and have sustained success.

“If you’re not from Florida, Texas or Kansas — the three conferences regarded by the national office as the strongest — it can be difficult to get the respect you deserve until you can get into the JUCO World Series and show them in person how good you are.”

O’Neill said, “…rankings don’t matter once you are out on the field playing the game, and we’ve got a very good team right now at GHC. There isn’t another group in the country I would trade them for.”

The Chargers have a high-ranking offense, scoring 8.5 runs per game as of April 17. Freshman outfielder, Connor Todaro, led the team in batting average at .469. He is also tied with sophomore infielder, Palmer Sapp, for the most triples on the team, both sitting at four. Todaro also leads the team in hits with 67 and runs with 50.

“I could not be more proud of Johnny Dow and the rest of our athletes. What these guys have done in the circumstances we have been faced with is remarkable, and I am just humbled and proud to get to go to work with them every day. This is one of the most resilient, mentally tough teams I have ever been a part of,” said O’Neill.

As of April 17, the Chargers were in a prominent position to make a run in the GCAA tournament and possibly a deep playoff run in their path to the JUCO World Series.