Baseball and softball team soon to leave LakePoint behind 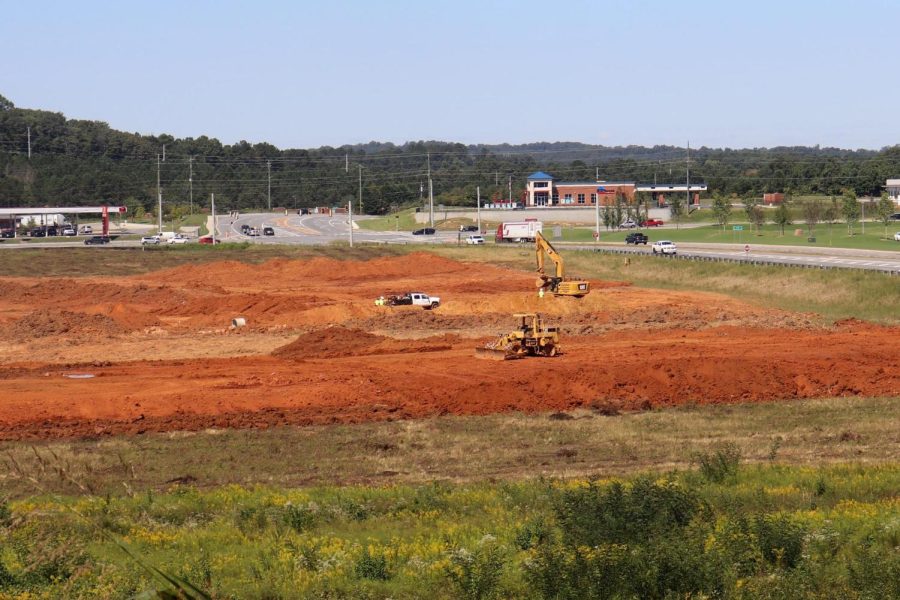 The construction site for the new baseball and softball complex is underway in Cartersville.

Athletics faculty are talking about a new baseball stadium that is currently in the works and all that it will bring to the GHC community. After playing their home games at LakePoint Center in Emerson, Georgia since 2015, the thought of a new complex is a welcome one.

“Having a place to call your own is a huge thing for both programs and helps create more buzz around the teams,” said Brandan Harrell, athletic director.

Plans call for the new stadium to be built within walking distance of the current GHC Cartersville campus location.

“Being so close to the baseball team, the hope is that there will be more cross-team involvement with one another and bring the clubs together,” said Savannah Sloan, head softball coach.

Sloan and head baseball coach, Dash O’Neal, both said they are looking forward to the field itself because it’s been difficult playing in facilities that were not owned by the college. Sloan and O’Neal said they will enjoy not facing restrictions on when and where games can be scheduled.

It is also hoped that having a GHC owned and managed stadium will help the recruitment efforts of both teams.

“Having a place to show recruits that is brand new and close to the campus is an advantage that a lot of NJCAA (National Junior College Athletic Association) teams don’t have,” O’Neal said.