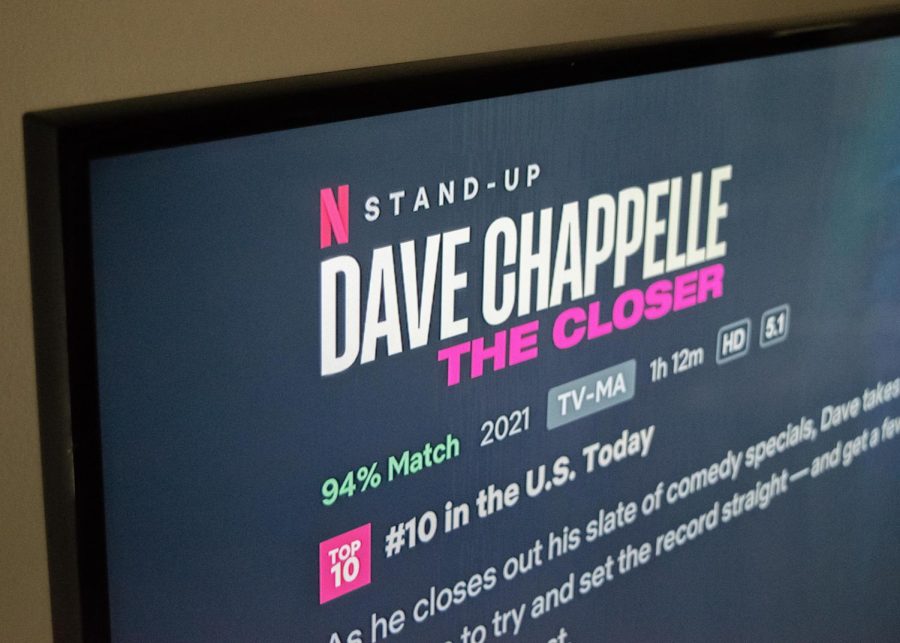 Dave Chappelle's "The Closer" is available on Netflix and currently ranks #10 in the U.S.

Dave Chappelle’s newest special, “The Closer,” has sparked controversy because it is misunderstood. While some people think that it is antagonizing to the LGBTQ community, it is actually a valuable critique of problems that he sees within the community.

His last project with Netflix, Chappelle’s driving point is that the LGBTQ community is not free from criticism. He tells the audience how he feels from the viewpoint of a racial minority.

Chappelle says in the special that he isn’t transphobic and that he wants to see trans people have more rights, even calling North Carolina’s controversial 2016 transgender bathroom bill “horrible.”

Chappelle says that the LGBTQ community has had an easier path to get their rights compared to African Americans. He says that because the movement includes white people that they have been looked upon more favorably.

That doesn’t mean that LGBTQ people don’t have struggles in their daily lives or as a community, but Chappelle uses his personal experiences to show that their struggles are not equal to those of black people.

Chappelle talks about an incident where a white person filmed him and his wife at a bar without their consent. He said that he tried to get the person to stop filming by using strong language.

He realized the person was gay and said that the person called the police on him in response to the confrontation. Chappelle says that this is a problem that the LGBTQ community should work on.

“Gay people are minorities until they need to be white again,” said Chappelle, “A black gay person would not have never done that to me because a black gay person knows when the police show up, they’re not gonna care who called them.”

Chappelle’s critique is that the LGBTQ community can be reactionary and doesn’t always take into consideration the struggles of other minority communities.

He points out that even those with a minority status can be blind to the struggles of other minority groups.

He has been criticized before for making misogynistic, homophobic, and transphobic comments in the past, but he is speaking from lived experiences that can’t be discounted.

Chappelle makes the example of rapper DaBaby, who in 2018 shot and killed a man in Walmart with little repercussion to his career. Fast forward to 2021, and members of the LGBTQ community have boycotted DaBaby after he made homophobic remarks.

“You can kill a (expletive), but you better not hurt a gay person’s feelings,” said Chappelle.

Chappelle makes an important point about how voices from the LGBTQ community are sometimes treated with more credibility and weight than might be expected from a minority group.

The special ends with Chappelle talking about the story of Daphne Dorman, a friend of his that was a transgender comedian. Dorman committed suicide shortly after the release of Chappelle’s fifth Netflix stand up special, “Sticks and Stones.”

The special was accused of being transphobic by people on Twitter. Dorman came to Chappelle’s defense, where she faced backlash from the LGBTQ community.

Chappelle explains that he doesn’t know what was going on with Dorman’s life personally, but that he credits in part the backlash she received for trying to defend him.

This shows the power that the LGBTQ community has when it comes to canceling people online and the dangers it can pose.

Chappelle pleads with the LGBTQ community to stop canceling comedians and celebrities.

“All I ask from your community, with all humility, will you please stop punching down on my people,” said Chappelle.

Chappelle said that this will be his last show for a while. He said that he could face being canceled, so he needed to be precise on why he felt the way he did towards the LGBTQ community.

Chappelle’s perspective is not one that is often represented in popular media, so it is important for a broad audience, including the LGBTQ community, to consider it.

No minority group is beyond criticism.