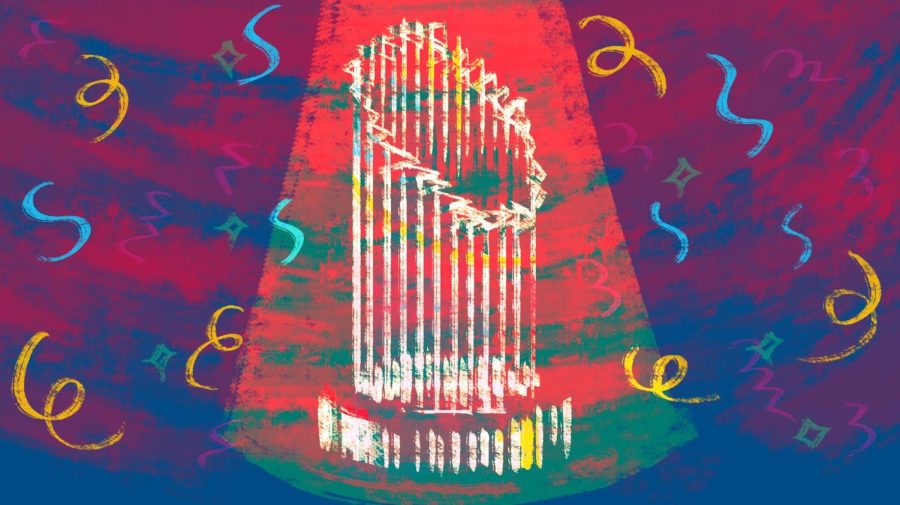 For the first time in 26 years, the Braves are World Series champions.

When Sports Illustrated released their 2021 season predictions, they had the Braves finishing 92-70, winning the NL East and having the third-best record in the National League.

Although, their path to the championship was much more complicated than that.

It was a crazy year for the Braves to say the least, but some moves at the trade deadline proved to be what they needed to secure their first World Series win since 1995.

First up is Eddie Rosario, who made a name for himself this postseason by winning the NLCS MVP and hitting a walk-off single in game two of that series. He also led the Braves in batting average with .383.

Second is Joc Pederson, who was tied for the second-most home runs by a Braves player this postseason with three, trailing only Freddie Freeman. He also provided an offensive spark in game two of the NLCS when he hit a crucial home run.

Last is Jorge Soler, who finished the postseason fifth on the Braves in batting average. Soler showed out in the World Series, hitting three home runs and driving in six runs, which was good enough to earn him the World Series MVP.

These players were ready to be traded by their former teams, so Snitker was able to get a good price on all three of them just before the trade deadline.

The Braves started the season trying to find their footing. At the All-Star break they found themselves under a .500 win percentage with fans still trying to see how well this team could really go.

On top of that, Marcell Ozuna, was arrested and would be out for the remainder of the year. Ozuna was a crucial part of last year’s team, almost going to the World Series before squandering a 3-1 series lead to the Los Angeles Dodgers.

With what looked like a disappointing start to the season, just before the All-Star Break, a gruesome injury occurred to the biggest name on the team: Ronald Acuña Jr. The former NL Rookie of the Year tore his ACL.

The Braves suffered another major blow last season when they lost pitcher Mike Soroka. The Braves were excited to see him make a comeback, but he wouldn’t return to the mound this season, retearing his ACL on July 26.

Despite this, the Braves had the sixth-best pitching rotation in the MLB when the season began, according to Anthony Castovince at MLB.com. The team had advanced all the way to the NLCS without Soroka last season.

At this point, fans would start to wonder if the team was good enough to win the NL East. The Braves came out of the trade deadline winning 17 of their next 20 games and suddenly found themselves in a spot to make the playoffs.

On Sept. 30, four days before the regular season ended, the Braves clinched the NL East, earning them a playoff spot.

When the playoffs began, the Braves opened with the worst betting line at FOX Bet, meaning they had the lowest odds of any playoff team to win the World Series.

The Braves NLDS matchup against the Brewers left many analysts wondering if they would even advance past them, with 39 of 115 analysts that predicted the series choosing the Brewers to advance to the NLCS.

Against all odds, the Braves were able to beat the Brewers, winning the series 3-1.

The Braves would again meet the Dodgers in the NLCS, this time ready to pull out a series win.

The Braves suddenly found themselves up 3-1 on the Dodgers, but held their breath as they squandered a 3-1 lead last year against the same team.

The Dodgers won game five, and many Braves fans started to worry that they would blow this lead again.

The Braves pitching staff wouldn’t let that happen, as they only allowed two runs in game six, securing the Braves’ spot in the World Series.

The Braves would meet the Houston Astros in the World Series, a team that was making its third appearance in five years.

The Braves were picked to lose the series by a panel of MLB experts at ESPN, with only three of the 15 experts picking the Braves to win.

Four games in and the Braves found themselves in familiar territory: a 3-1 series lead.

The final two games would be in Houston, so they would be in hostile territory, but the Braves would bring their bats with them and showed out in a big way.

The Braves dominated game six with great pitching and hitting, finding themselves the victors 7-0, securing their status as World Series champions.