‘Inside Job’ tackles childhood trauma in a relatable animated comedy 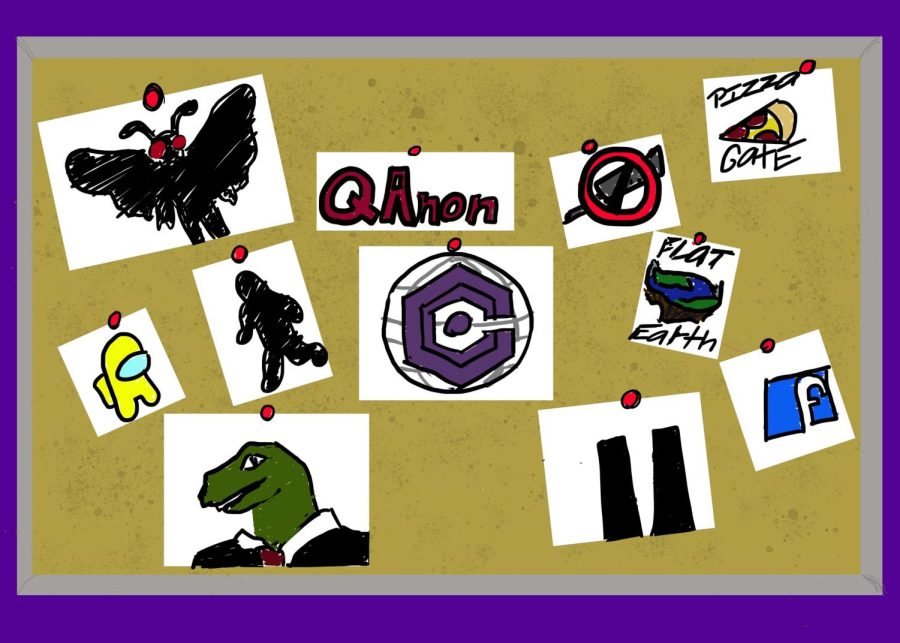 “Inside Job” is an adult animated series created by Shion Takeuchi, who is known for her writing on “Gravity Falls” and “Regular Show.” Alex Hirsch, the creator of “Gravity Falls,” is one of the executive producers of “Inside Job.”

As a fan of “Gravity Falls,” I had an idea of what “Inside Job” would entail given the names behind it: something of a cryptic and mysterious nature.

The show veers away from the traditional formula of “Family Guy” clone cartoons that adult cartoons often fall into. Beneath the surface of conspiracy references is a genuine display of childhood trauma, self-worth issues and moral dilemmas.

“Inside Job” follows main character Reagan Ridley, played by Lizzy Caplan, as she tries to claw her way to the top of Cognito Inc., the shadow government behind every conceivable conspiracy theory, monster sighting and scandal.

Reagan is incredibly intelligent, her specialty shown to be robotics and AI development. However, she is socially inept, focusing on her work at Cognito Inc. Unfortunately for Reagan, being able to work with a team is the only thing holding her back from her coveted promotion to CEO.

Enter Brett Hand, played by Clark Duke, a yes-man and frat boy from Washington D.C. who has all the social skills Reagan lacks. Charming and charismatic, Brett is completely ignorant of the work Cognito Inc. is involved in, only being hired to be an extension of Reagan to help her in social situations. However, Brett is not without his own personal issues, which are gradually revealed throughout the show.

A prominent theme throughout the show is how poor parenting can affect a child well into their adulthood. Some parents have unrealistic expectations for their children and when the children don’t meet those expectations, it can lead to feelings of inadequacy, self-hate and isolation. In contrast, it can lead a person to become an overachiever, perfectionist and glutton for positive attention.

Reagan was largely raised by her father Rand Ridley, the former CEO of Cognito Inc., played by Christian Slater. Riley “got fired for getting drunk and trying to blow up the sun,” according to Reagan.

The relationship between Reagan and Rand is very dysfunctional with Rand being perpetually drunk and often meddling in his daughter’s affairs to the point of ruining her work.

My big takeaway from the series is that children are people too. Parents often don’t realize that the way they treat their children can affect them for the rest of their lives and even inhibit how they function as adults in the future. Children can later develop mental issues from such experiences but hesitate to seek help because of the stigma towards mental health. Another reason they might not reach out is because the child may see the way they were raised as the norm so they don’t think much of it.

Reagan and Brett were never shown the love they needed from their parents when they were kids. They were both emotionally abused and neglected. This followed them into adulthood as they are both their own versions of people pleasers.

Reagan aspires to climb to the top of Cognito Inc. because her father Rand always expected the best from her. Not to mention he molded her as a pawn in a long game of chess to worm his way back into Cognito Inc. She works herself ragged to achieve perfection, often forgoing sleep and social outings.

Brett has an unhealthy need for everyone around him to like him because his parents never showed him any love as a child. He was the black sheep, not having any profound accomplishments like his siblings and never living up to his parents’ expectations. He likes being the center of attention and will sometimes hurt himself in the worst ways to get it.

One dilemma that struck me was Reagan’s violent reaction to a hug in episode three, “Blue Bloods.” It is revealed by the end of the episode that her reaction was caused by a giant bear robot built by Rand to give Reagan hugs whenever he wasn’t around. In Rand’s case, that was all the time.

This is only one example of childhood trauma. More about Reagan’s unsavory childhood is revealed deeper into the season.

I appreciate the issues tackled in the show because they are relatable to anyone that has been through similar dilemmas and introduces the idea for those that have not. While I’m not a therapist, in my experience, it is not uncommon for people’s behaviors to be traced back to something that happened to them as a child. It was nice to see this brought up a few times within the show, ultimately becoming a main plot point in the final episodes.

There is more that can be said about this show, but it is too much to be able to include in this review. The jokes are clever and the characters are relatable. The parallels to reality are so accurate they made me contemplate how society functions as a whole and why.