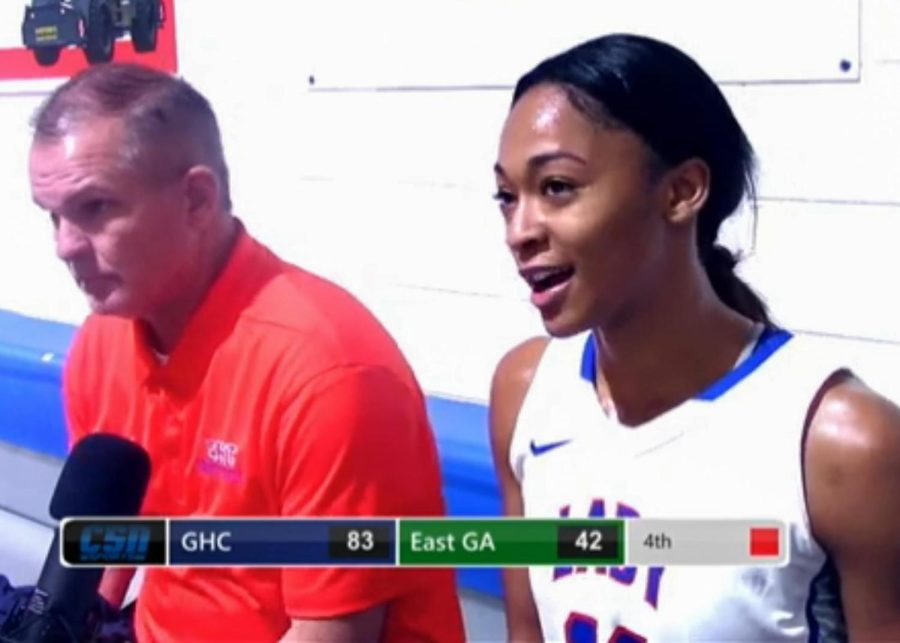 Coach Brandan Harrell described the first half as slow for the Lady Chargers. The team needed a player to step up and Jada Alston took on that challenge in a big way in the second half.

The Lady Bobcats were able to cut the lead down to single digits in the third quarter and that’s when Alston decided she needed to take over the game.

“We started the first half slow and that’s not normal for us so we had to tighten up in the second half,” said Alston in a post-game interview.

Over the course of the next two and a half minutes, the Lady Chargers would pull away from the Lady Bobcats and expand their lead to 20 points.

Alston was responsible for scoring four of the points during the run that put the Lady Chargers up for good.

Alston had an electric end to the game, scoring eight straight points late in the fourth quarter.

When the final buzzer sounded, Alston found herself almost averaging a double-double, with 17 points and nine rebounds in the contest.

“It feels good to get this one out of the way,” Harrell said about the team winning their first home game, “We’re a third of the way through the season now and we just have to keep the ball rolling.”